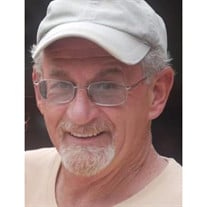 David Lee Hall, 71, of Watseka, Illinois, passed away on Monday, August 21, 2017. He was born on August 20, 1946 in Watseka, the son of Varnum Hall and Leona (Milburn) Hall. David married Carolyn “Sue” Wiggs on February 24, 1973 at Faith Lutheran Church. Mr. Hall served in the ARMY for three years. He was a Laborer for the Union, specifically Toby’s Construction working on Roads and Bridges. He enjoyed playing baseball as a child. In his free time he liked to garden, fish, and fix stuff. David was an avid sports fan, particularly the BEARS and Illini. To most he was known as the neighborhood “grandpa” or “father”. Surviving Mr. Hall is his wife, Carolyn Hall of Watseka; one son and daughter-in-law, Eric David and Amanda Hall of Warner Robins, GA; one daughter, Jamie Hall of Lawrenceville, GA; one brother and sister-in-law, Ronnie and Amanda Hall of Martinton; grandchildren, Celeste Davis, Schuyler Davis, Cameron Hall, Lani Kao, and London Hall; and several nieces and nephews. He is preceded in death by both parents; and one brother, Elvin Hall. A Gathering of Friends will take place on Thursday, August 24, 2017 from 5pm to 6pm, at Baier Funeral Home. Memorial Services will be held on Thursday, August 24, 2017 at 6:00 pm, at Baier Funeral Home. Pastor Gary Minard will officiate. Memorials in Mr. Hall's name can be made to the Family’s Wishes.

The family of David Lee Hall created this Life Tributes page to make it easy to share your memories.

David Lee Hall, 71, of Watseka, Illinois, passed away on Monday,...

Send flowers to the Hall family.