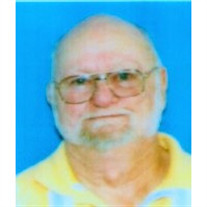 Gerald “Jerry” Fordyce, 76, Beaverville, IL, passed away on Friday, April 15, 2016. He was born on August 24, 1939 in Watseka, IL, the son of Norman Fordyce and Hazel (Chase) Fordyce. Gerald married Theresa Floriant on November 10, 1962 in St. Anne, IL. She has since passed. Mr. Fordyce served in the ARMY for six years. He was a Member of the Aroma Park Legion and the Fisher VFW #52. He was most recently employed at Wal-Mart for 5 years. Gerald enjoyed old classic country music and cruising in the country. Surviving Mr. Fordyce are three sons and daughter-in-law,Charles Fordyce of Alabama, Scott and Tracy Fordyce of Mansfield, IL, and Stuart Anthony “Tony” Fordyce of Florida; one daughter and son-in-law, Ann and Tom Andes of Florida; twelve grandchildren; two brothers and sister-in-law’s, Joe and Marjorie Fordyce of Watseka, and Michael “Mick” and Sue Fordyce of Pontiac, IL, several nieces and nephews. He is also preceded in death by both parents; wife, Theresa; one son, Gregory; and one grandson, Charles Fordyce Jr. Visitation will be held on Friday, April 22, 2016 from 10:00 am-12:00 pm, at Baier Funeral Home in Watseka. Funeral Services will be held on Friday, April 22, 2016 at 12:00 pm, at Baier Funeral Home in Watseka. Father Michael Powell will officiate. Burial will follow at Oak Hill Cemetery in Watseka, IL. Memorials in Mr. Fordyce's name can be made to the Family.

The family of Gerald "Jerry" Fordyce created this Life Tributes page to make it easy to share your memories.

Send flowers to the Fordyce family.