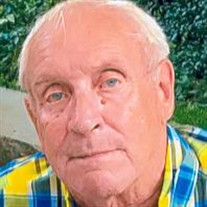 John Gaines passed away peacefully at his Watseka residence on Sunday, August 25th; he was 73. John was born on September 18th, 1945, the son of Virgil and Evelyn (White) Gaines. He was one of seven siblings: Richard, John, Sallie, Barbara, David, Scott and Susan. The Gaines’ house on Locust Street in Watseka is fondly recalled by many. John’s parents, along with his siblings Scott and Susan have preceded him in passing. He married Linda Stein on September 22, 1973. John and Linda had one son, Ryan. Ryan and his wife, Megan, have three children: twin boys Grady & Oliver and a daughter, Molly. John loved hearing stories about his grandchildren. John loved sports. He was an avid fan all things Watseka, University of Illinois, Chicago Bears, and New York Yankees. His childhood idol was Mickey Mantle. He later added the Chicago Cubs to his sports love affair – successfully conceding to the influence from his wife, Linda, and son, Ryan. His fondest sports memories, however, were watching his son, Ryan, who played baseball, basketball and football in Watseka. In particular, he cherished coaching many of his youth baseball teams. John was a voracious reader. His favorite day of the week was Sunday, when he could engross himself in 5 different newspapers: The Daily Journal, The News Gazette, The Chicago Tribune, The Chicago Sun-times and the Indianapolis Star. He also frequented the Watseka Pubic Library, where he consumed volumes upon volumes of books. He could carry a conversation on nearly any topic imaginable. He was an engaging storyteller, where his unparalleled memory and quick wit were on display. In his later years, he enjoyed going for long convertible rides with his wife, Linda. They would circumnavigate the state, looking for good shopping for Linda, and for John to continue his mastery of every highway in the state (he loved to study maps). His fascination with road transportation was certainly influenced from his career at Iroquois Paving, where he spent over twenty years. John was the original Google Maps. We would like to invite friends and family to a Celebration of Life. It will be held on Saturday, September 14, 2019 at Baier Funeral Home from 10am until 12pm (Noon). Memorials in Mr. Gaines name can be made to Donor’s Choice

John Gaines passed away peacefully at his Watseka residence on Sunday, August 25th; he was 73. John was born on September 18th, 1945, the son of Virgil and Evelyn (White) Gaines. He was one of seven siblings: Richard, John, Sallie, Barbara,... View Obituary & Service Information

The family of Mr. John Gaines created this Life Tributes page to make it easy to share your memories.

John Gaines passed away peacefully at his Watseka residence on...

Send flowers to the Gaines family.