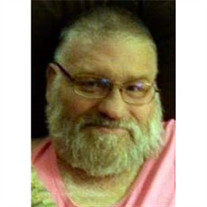 Micheal Lee “Mike” McKinney Sr., 61, of Watseka, IL, passed away on Sunday, May 14, 2017. He was born on August 14, 1955 in Clinton, Indiana, the son of Larry Denault and Margaret (McKinney) Murray. Micheal married Kathleen Brutlag on August 6, 1983 at St. Paul’s Lutheran Church in Woodworth. Mr. McKinney was a member of the Ongoing Ambassadors for Christ. He enjoyed puppets and magic. Surviving Mr. McKinney is his wife, Kathleen McKinney of Watseka; sons, Micheal McKinney Jr. of Watseka, and Kaleb McKinney of Watseka; daughters, Heather and Eric Crissey of Lavergne, TN, and Cortney McKinney of Watseka; brothers, Mikie Denault of Chebanse, John Birchfield of Georgia, and William Pippin of Centralia, IL; sisters and brother-in-law’s, Deb and Dan Jansen of Kankakee, Laura Denault Williams of Chebanse, and Kimi Denault of Chebanse; grandchildren, Tiffany Miller, Hally Miller, and Sophia Crissey of TN; Paiton of Braidwood, Rilie and Reagan McKinney of Kankakee, Rigley Williamson of Crescent City, Kaiden McKinney of Paxton, and Sabrina and Chloe McKinney of Watseka; and multiple nieces and nephews. He is also preceded in death by his parents, Don and Margaret Murray; brother, Brian Denault; and brother in law, Jay Williams. Visitation will be held on Saturday, May 20, 2017 from 5 to 7pm, at Baier Funeral Home. Funeral Services will be held on Saturday, May 20, 2017 at 7:00 pm, at Baier Funeral Home. Pastor Joel Brutlag will officiate. Memorials in Mr. McKinney's name can be made to the Family’s Wishes. Cremation Rites have been made accordingly.

The family of Micheal Lee McKinney Sr. created this Life Tributes page to make it easy to share your memories.