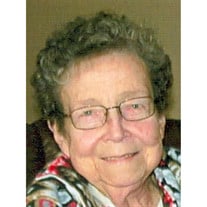 Ruby Allene Summers, 79, of Gilman, IL; previously of Hoopeston, passed away on Sunday, January 29, 2017. She was born on June 14, 1937 in Edmunton, KY, the daughter of Ernest Froedge and Ordria (Phelps) Froedge. Ruby married Douglas Lee Summers on April 26, 1957 in Danville, IL. He has since passed. Mrs. Summers worked at the Hoopeston Hospital in the Dietary Dept. for 25 years. She enjoyed watching tv, puzzles, reading, and fishing. Surviving Mrs. Summers are two sons and daughter-in-law’s, Robert and Sheila Summers of Gilman, and Carl and Myrna Summers of Ottawa, IL; one sister, Lulu Louis of Hoopeston, IL; eight grandchildren, Jamie, Michael, Steve, Cory, Casey, Bobbi, Ryan, and Joshua; two step-grandchildren, Brian and Bonnie; twenty-three great-grandchildren; and many nieces and nephews. She is also preceded in death by both parents; husband, Douglas Summers; one sister; and one son, James Summers. Visitation will be held on Thursday, February 2, 2017 from 4pm until 7pm, at Baier Funeral Home in Watseka, IL. Memorial Services will be held on Thursday, February 2, 2017 at 7pm, at Baier Funeral Home in Watseka. Pastor Joseph Hughes will officiate. Burial will follow on Friday, February 3, 2017 at 10:0am, at Floral Hill Cemetery in Hoopeston, IL. Memorials in Mrs. Summer's name can be made to the Milford Christian Church or Donor’s Choice. Cremation Rites have been made accordingly.

The family of Ruby Allene Summers created this Life Tributes page to make it easy to share your memories.

Send flowers to the Summers family.